The Maral of the Story

Much like stories of genies in bottles, there are also mythical tales of plants that bestow super powers and incredible strength upon anyone lucky enough to find them.  (Think Popeye and his spinach.) The curious thing is that a large number of these stories are based in fact.  There are, in actuality, certain plants that can give you near superhuman strength and stamina.  Here are some facts about one such herb. 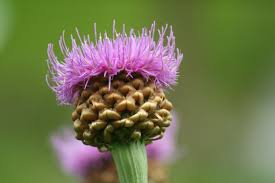 Maral root (also known as rhaponticum) has distinguished itself among Russian military and eastern European athletes and a large number of body-building aficionados as specific along with Chinese ginseng for building muscle mass. It has a wide following that would attest to its libido-enhancing properties as well.

According to herbalist David Winston in his book Adaptogens: Herbs for Strength, Stamina and Stress Relief (Healing Arts Press, 2007), maral root is a long-living perennial that lives anywhere from 75 to 150 years and has a long history of use in Mongolian, Siberian and possibly Chinese medicine. In Siberia, where it grows, it is used as a folk medicine “to enhance physical and sexual energy, improve mood and concentration, and help people survive the cold and challenging climate of Siberia” (Winston, 2007). It is named after the maral deer who eat its roots especially during the mating season to maintain their strength. Maral root has a wide range of adaptogenic benefits serving as a cardiac tonic, antioxidant, immune stimulant and nervine with antitumor and hepatoprotective properties.

Among its many uses include:

Replenishes strength and energy reserves
Restores sexual potency in men
Increases mental awareness
Increases lean muscle mass
Helps decrease fatty tissue
Adaptogens have a wider range of effect than do the traditional Chinese tonics. One would hardly consider any of the Chinese tonics as a treatment for inflammatory conditions such as fevers and sore throat. However, in Mongolian medicine, “(maral) roots are used to treat people with respiratory, liver and kidney diseases as well as fevers and severe sore throats” (Winston, 2007). 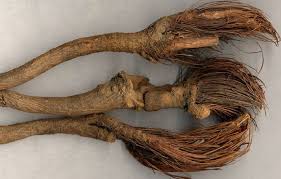 Ecdysterone plays a special role in regulating protein synthesis and thus increasing muscle mass in a similar way as steroids but without their harmful effects. Ecdysterone also helps enzymes including glutamate decarboxylase and acetylcholine esterase to synthesize in the brain and in the cells to assist in the production of energy. Finally it helps to protect liver cells from oxidation and DNA and cellular membranes from hydrogen peroxide.

Scientists believe that ecdysterone mimics natural steroid hormones in the human body and will increase them if they are insufficient. These steroid hormones are comparable to Kidney Yin and are depleted when the body or mind is subject to physical or mental stress.”

So, as you can see, plants with super powers are not mere stories or superstitions. They do exist, and rhaponticum is an excellent example.  And that is the Maral of the story!