Competitive athletes are always looking for an edge.  In the world of sports, the difference between winning and losing can be a couple inches or a few hundredths of a second.  You may have watched an Olympic event where the difference between an athlete receiving a gold medal and one finishing in 4th place, out of the medals and never mentioned and/or celebrated is miniscule.  Almost every serious athlete has experienced the joy of victory and the devastation of defeat and recognizes the slim margin between those two outcomes.  As a result, most competitors continue searching for something, anything, that can add a little extra speed, strength or mental focus to make the difference between winning and whining.

With all the controversy surrounding performance enhancing drugs, you need to know that there is a natural alternative.  If you are an athlete and you would like to improve your performance through better nutrition, there are a number of adaptogenic herbs that can safely and effectively provide you with that competitive advantage.  Here are seven adaptogens that have been documented to drastically improve athletic performance.

New research has determined that two adaptogenic mushrooms Reishi and Cordyceps significantly improve performance and recovery in cyclists.  The double blind study conducted by researchers from Italy’s Pavia University have found these two adaptogens to be powerful performance boosters by increasing the production of testosterone and decreasing the production of cortisol.  The cyclists in the study demonstrated greater stamina and shorter recovery times after taking reishi and cordyceps .

Ashwagandha is a classic ayurvedic herb. Ayurveda is one of the oldest forms of medicine, dating back thousands of years, and ayurvedic practitioners have long known about the benefits of ashwagandha.  In a recent study involving elite athletes, ashwagandha was shown to dramatically improve cardiovascular endurance.  In the study, athletes were given 500 mg of ashwagandha twice a day for eight weeks.  The placebo group was given capsules filled with starch.  Here is the conclusion as written by the clinical research team:

“To date, most of the properties of Ashwagandha have been studied, investigated and reported only in sedentary healthy subjects having low fitness levels. Thus, this study was designed to analyze its effectiveness in improving performance in well-trained athletes. Considering the fact that it is difficult to detect minor changes in elite athletes, this study was the first of its kind to document the significant improvements in aerobic performance with regard to cardiorespiratory and cardiovascular endurance of elite athletes”

The science involving Rhodiola is amazing and it is perhaps the most thoroughly tested of the well-known adaptogens.  Historically it was consumed by the ancient Greeks and Vikings for strength and stamina.  Rhodiola may have its greatest effect on the mental part of athletic performance. In multiple double-blind, placebo controlled studies, Rhodiola Rosea enhanced learning, prevented mental fatigue, reduced errors and improved the quality of work produced. Rhodiola rosea has the most pronounced effect on mental fatigue during stress and strain when compared to other adaptogens.  In other words, rhodiola may provide you with the drive and/or mental toughness to push through a difficult workout helping you to achieve a personal best in speed or strength training.

In athletes who use Rhaponticum regularly, it demonstrates a marked anabolic effect, and aids the body in the synthesis of protein. It also appears to protect the body from environmental stress. Rhaponticum is prescribed to athletes by Russian sports physicians in order to replenish depleted physical and psychical reserves that become exhausted as a result of hard training. After taking Rhaponticum carthamoides extract, an increase in muscle mass and a decrease in fat tissue has been documented by researchers. 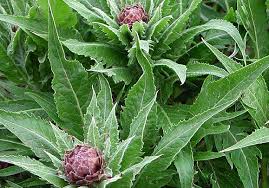 Schisandra is the berry of a climbing vine native to northeast China and parts of Russia.  According to the results of recent human studies schisandra has demonstrated the ability to increase stamina and endurance in athletes, specifically in distance runners, gymnasts and cross country skiers.  Chinese athletes have been using schisandra to boost performance for more than 2 decades.  Schisandra also has shown the additional benefit of limiting mental fatigue and improving concentration and mental alertness.

So if you are an athlete and you’re looking for an edge, either mental or physical, adaptogens have you covered.  Adaptogens are safe for daily use and are devoid of side effects, unless you consider “winning” a side effect.  So, let adaptogens start improving your performance.  They can be your secret weapon, your competitive advantage.